Things to see and do near
Château Grand Pierre...

The Area Around Château Grand Pierre

The closest town to us is Duras, built around its stunning castle.
Originally built during the 12th Century, the Castle was turned into an impregnable fortress in the early 14th Century by Bertrand de Got the then owner. He was the nephew and namesake of Pope Clement V who gave his support to the work.
The Durfort family acquired the Castle before the start of the Hundred Years War (1337-1453) during which time it was under the control of first, the Duke of Aquitaine, King Henry II of England, and then the French King, Louis VII the younger. 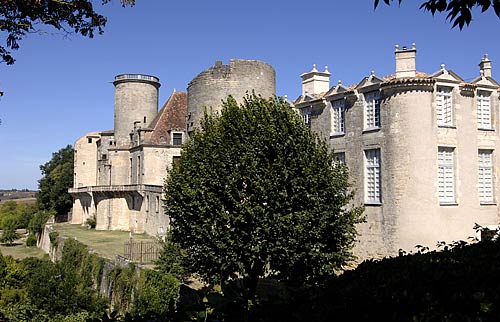 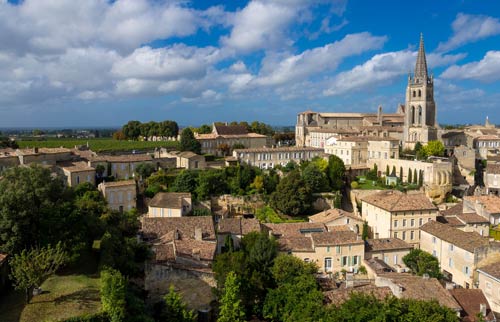 Saint-Émilion's history goes back to prehistoric times and is a UNESCO World Heritage Site, with fascinating Romanesque churches and ruins stretching all along steep and narrow streets.
The Romans planted vineyards in what was to become Saint-Émilion as early as the 2nd century and now produces some of the finest, and most expensive, wines in the world. 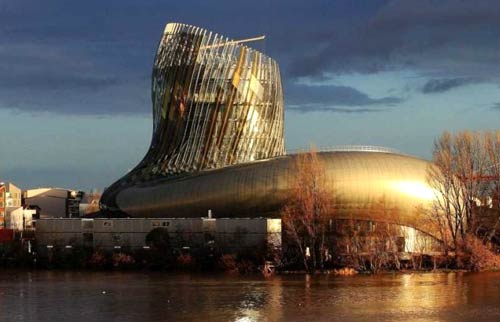 La Cité du Vin is a unique cultural centre dedicated to the universal, living heritage of wine. It offers a spectacular journey around the world, throughout the ages, across countless cultures and civilisations.
For detailed information go to www.laciteduvin.com/en 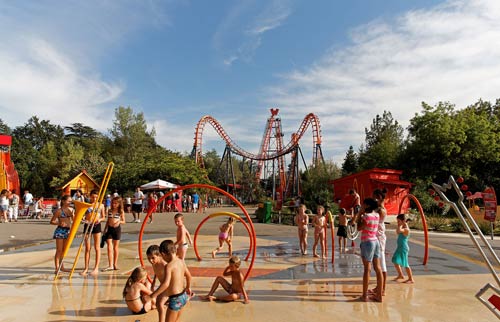 Situated near Agen, Parc Walibi is an amusement park with activities for all ages, from roller coasters to carousels.
www.parcagen.fr 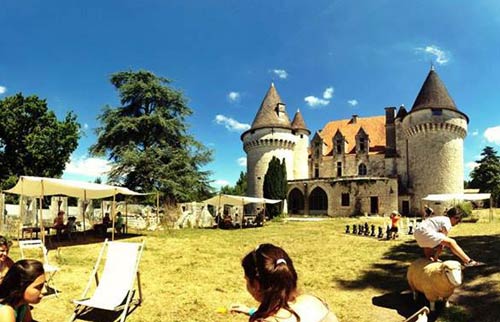 This 15th Century château is a great day out for the family. Not only steeped in history, there are many indoor and outdoor games for all ages.
Trip advisor rates the château as one of the best attractions in the region.
Click here for the reviews.
Château website - www.chateaudebridoire.com 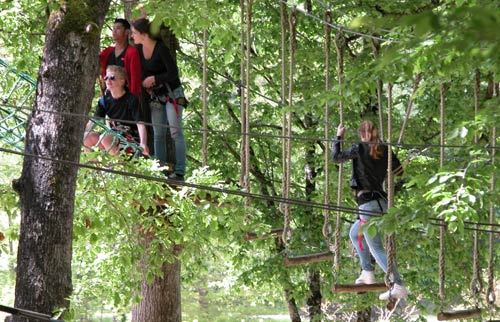 Parc en Ciel sits in 16 acres of woodland in the lovely Gavaudun valley, just south of Monpazier.
This is a tree adventure park with diferent courses designed for various ages and difficulty. There is also a a large natural swimming pool, mini-golf, disc-golf and a couple of childrens playgrounds
www.parc-en-ciel.com 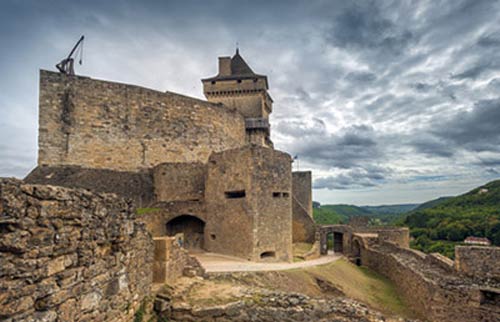 The Château de Castelnaud is a medieval fortress in the commune of Castelnaud-la-Chapelle, overlooking the Dordogne River in Périgord, southern France. It was erected to face its rival, the Château de Beynac.
Today, the Château houses an important collection of weapons and armour. Along the bastion, the most powerful siege machines from the Middle Ages have been recreated and placed in attack positions.
www.castelnaud.com/en/ 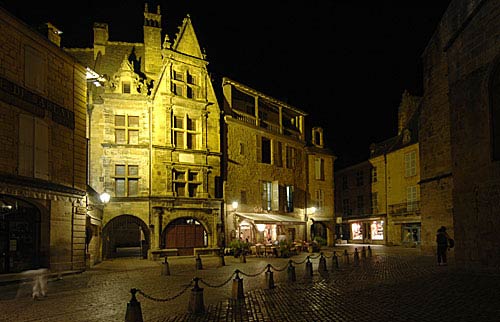 Said to have been inhabited since Gallo-Roman times, Sarlat became a prosperous city at the end of the VIII century under the reign of Pepin le Bref and Charlemagne when the benedictines established a monastery there.
The town suffered during the Hundred Years War owing to its position as a frontier region between the kings of France and England. The town, well fortified by its Consuls, withstood all attacks and only became English at the end of the first part of the Hundred Years War (1360)
www.sarlat-tourisme.com/en 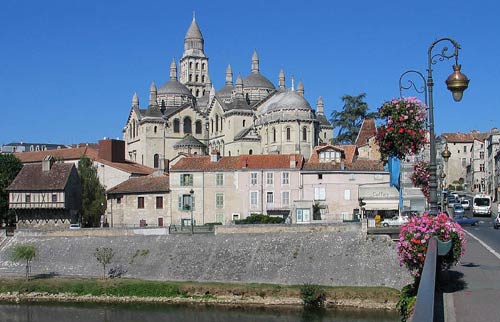 The 'capital' of the Dordogne department is set towards the north of the region. Many miles from the Dordogne River, it is actually found on the Isle River. The town has been in existence since neolithic times, and later became an important Roman centre.
In this extensive historic district it is the cathedral which sits prominently on a hill. The building is in the form of a Greek cross surmounted by domes.
The cathedral is a UNESCO worls heritage site.
www.tourisme-perigueux.fr/en 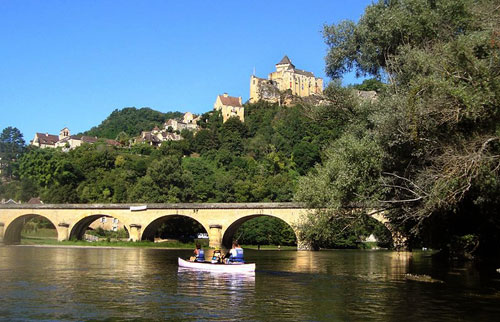 Canoeing along the Dordogne Valley, known as the valley of the castles.
You can choose from different distances, 7km, 14km or 28km. You are bussed to the start point and canoe down the river at your own pace back to your car.
www.canoe-roquegeoffre.com 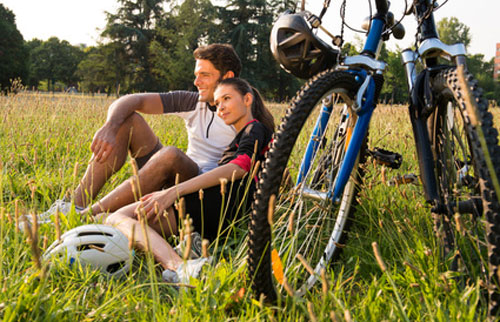 The whole area is a cyclists dream, with quiet roads and fantastic architecture to discover. The Tourist Board have produced a number of researched cycle routes graded on distance and difficulty.
www.tourisme-lotetgaronne.com 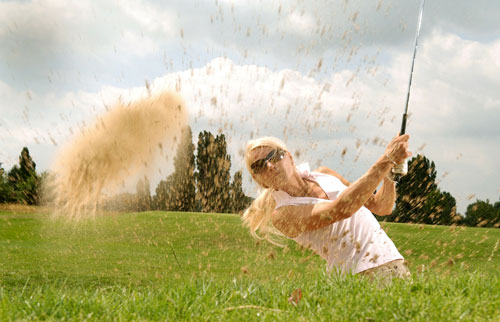 There are several courses in the area, from the luxury Chateau des Vigiers at Monestier, the excellent Golf de Bathe at Tombeboeuf and the very relaxed Golf de Boissec at Sauvetat

Other places to consider:

Issigeac - Sundays (one of the biggest and busiest)

Night Markets - During July and August a number of the villages and towns in the area have night markets. These are predominantly food markets and are great social events. You take your own plates and cutlery and purchase cooked food and wine from the various vendors there. A number of night markets also have live music. They generally start around 6.30 to 7.00pm. Arrive early as they get very busy!
They don't all start and end on the same dates, so please ask us for more details.

For enquiries or to book your holiday directly with us, please email sales@chateaugrandpierre.com or telephone +33 (0)5 53 84 85 26

or click the button below to book through Holiday France Direct

CLICK HERE FOR AVAILABILITY AND TO BOOK YOUR HOLIDAY